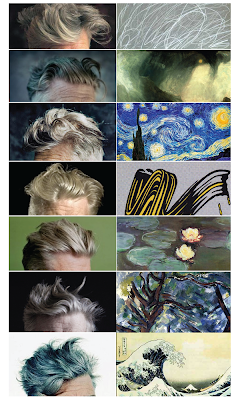 First of all, David Lynch's hair is ALREADY a work of art, so these comparisons are just gilding the hair lily.

That said, Starry Night and the Japanese woodcut wave are pretty uncanny.

Jimmy Chen via Kottke
Posted by Cristina Markarian at 11:18 AM No comments: 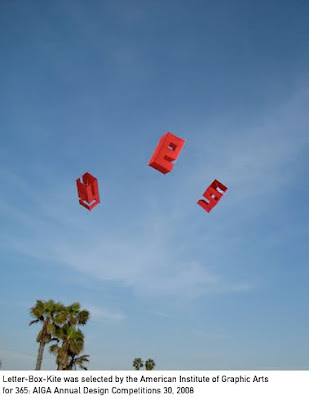 The schedule for Exploring LA Design has been set, check out the designers and studios the class will be visiting! 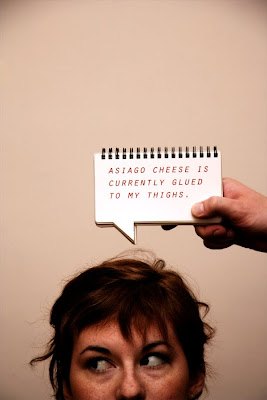 The Random Comment Book would improve any social situation, really, but I think it would be best at big, slightly-awkward family gatherings, like Thanksgiving. "What, Aunt Rita? You're mad about the price of gas? And asiago cheese is currently glued to your thighs? Fascinating!" 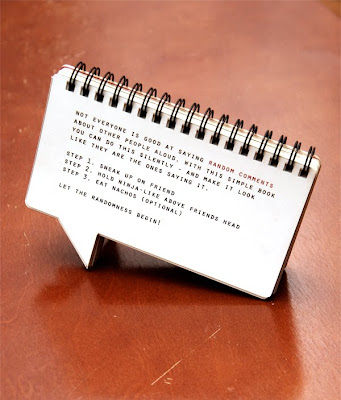 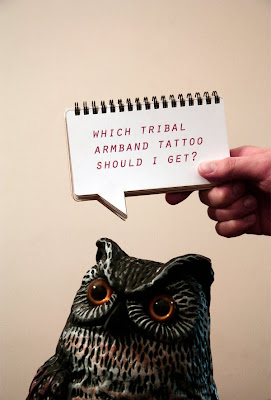 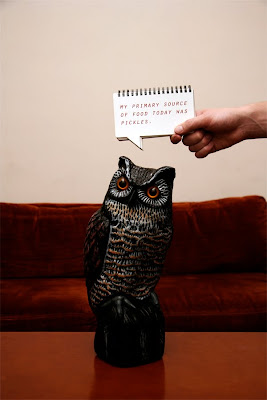 Design by James Obriant, via Laughingsquid
Posted by Cristina Markarian at 3:53 PM No comments:

The design program's AIGA student group is leading what looks like a fun tour of the Natural History Museum's newly redesigned Age of Mammals exhibition. AIGA members and Extension students are welcomed to attend.

The tour is tomorrow - you can RSVP through our Extension Facebook page.

For more details, visit The White Boards.
Posted by Cristina Markarian at 10:08 AM No comments: 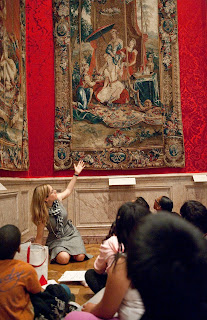 Since joining us in the art history program last year, Kelly Williams has been leading hands-on workshops on illuminated manuscripts. If that subject conjures up vague memories from high school but not much else, read on to learn more about the art form and how yesterday's illuminated manuscripts may have inspired today's comic books.

If you're interested in viewing these artworks in person and then trying your hand at making your own, Kelly's winter class would be a great opportunity.

What exactly are illuminated manuscripts, and what interests you about them?

Illuminated Manuscripts are books that include text, illustrated initials, borders and illustrations, all hand written and painted. Pages in these books often feature additional decorations using real gold and silver, and they are just gorgeous! I'm interested in illuminated manuscripts because each book is like it's own treasure chest, filled with dozens of individual works of art. Through illuminated manuscripts, we can not only trace the rise of portraiture and landscape painting, but also find humor in hidden illustrations in the borders.

How are these manuscripts like modern day comics? How are they different?

Modern day comics borrow many narrative techniques from medieval manuscripts-- artists can tell a story with out without words that the reader can follow using sequencing or other clues. Both use repeated characters in a sequence of events or singular action-shots to raise drama. Comics today are bigger, brighter, and exist on many platforms, leaping off the page into movies and live-action characters. Because of the abundance of media and advertising in today's society, a contemporary comic book fan might look at an 16th century illuminated story and find it very tame! In fact, many manuscripts in their time were considered quite racy (come to the class and I'll show you an example or two!) 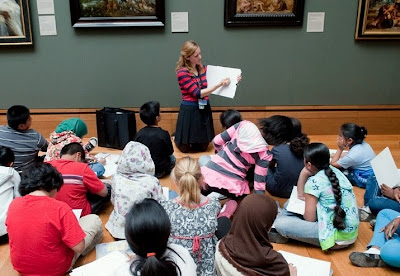 What is something people might not realize about this art form?

Unlike bookmaking processes used today, it took several days, several craftsmen and several animals to make every single page. Preparators, gilders, scribes, illuminators, and binders worked together in a factory-like process. Animal skin had to be conditioned and cut, gilders pounded gold coins to make decorative leaf, assistants hand ground paint pigments using plants, animals, even bugs, and illuminators used brushes with a single bristle to capture tiny details in a story... the whole ordeal was a time consuming, and fascinating process.

What can students expect to take away from this class?

Students in this class will have an opportunity to explore manuscripts within three contexts: the classroom, the museum, and the studio. First, we'll investigate how these books were made and compare them to today's comic manufacture. Participants will also get a private tour and drawing session in the Getty's newest manuscript exhibition. Finally, each student will be able to create his or her own illuminated page using the same techniques the masters used hundreds of years ago-- even egg tempera!

(images are of instructor Kelly Williams).
Posted by Cristina Markarian at 1:19 PM No comments: