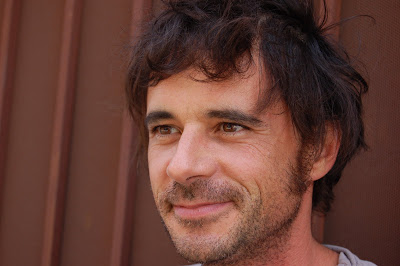 Jay Stuckey rides again! This fall he's excited to be teaching an intermediate-level figure drawing class. The course helps students move beyond understanding the figure in a purely academic sense to explore its limitless formal and conceptual possibilities. Students study how other artists have used a figurative vocabulary to express their ideas and thoughts. It should be a fun class to get you loosened up and thinking about figuration in different ways.

Jay also has a show coming up at The Company running Sept. 3rd through October 1st. The opening reception is Sept. 17 if you want to stop by and say hi!

For more info and to enroll. 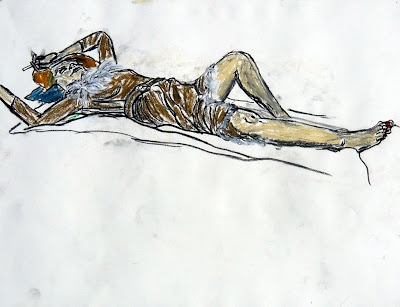 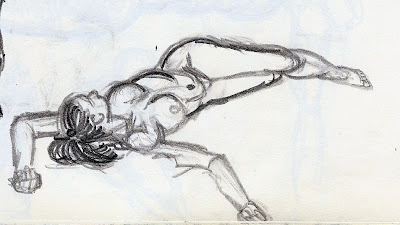 (figure drawings by Jay Stuckey).
Posted by Cristina Markarian at 9:37 AM No comments:

Survey of Western Art Part I 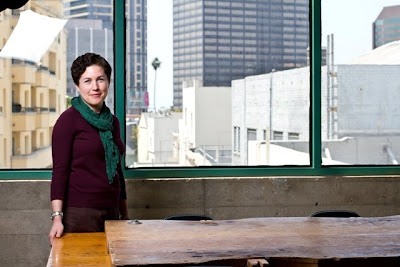 We're all happy to have Mary Beth Carosello back and starting out the Survey series again this fall.

Mary Beth just returned from a trip to Italy and London, and should have a lot of first person pictures of the works that will be discussed during the course. Of course there's nothing like being there in person, but hearing Mary Beth talk about the pieces is probably a close second.

This part of the series covers the early periods of art history--from the dawn of the great civilizations in the Near East through the Middle Ages. Topics include the art of ancient Egypt--its pyramids, royal sculptures, tomb paintings, the treasures of Tutankhamen, and New Kingdom temples; Mesopotamia; Assyria; Persia; the treasures of Greece with special study of Athens and the Golden Age; and the art of the Roman emperors through Constantine the Great, the Byzantine empire, Irish manuscripts, Viking ship burials, and the Court of Charlemagne. Instruction concludes with the development of the great Gothic cathedrals of Europe with special emphasis on Chartres, Siena, and Canterbury.

To enroll, click here.
Posted by Cristina Markarian at 9:14 AM No comments: 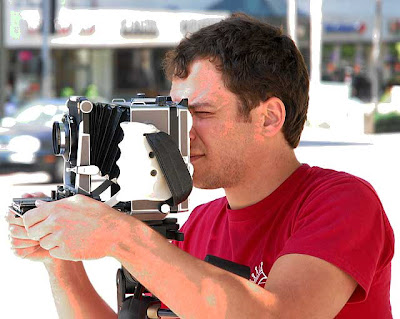 We're excited to be offering Fine Art Photography this fall with new instructor David Weldzius. Let's get to know him (and see what's in store for class...)

Can you talk a bit about your background in photography?

I didn’t learn how to make photographs until college. I was about twenty one and, previous to that, I had only used a camera when I needed to document my own paintings and sculpture works. The teachers that I learned photography from seemed to have a different set of concerns than my studio arts teachers. Identity politics were still in the air—which is to say that the photo program was concerned with power and privilege, while the studio program, in many ways, was still talking about process and form.

It is very easy to take pictures. Anyone, arguably, can take a “good” picture. In the first and second world, we produce and consume thousands of pictures daily. It is because of this relative ease in the production and consumption of images that an artist using photography can concentrate on the concept, context, selection, and sequencing of photographic works—rather than shooting and printing, for instance. 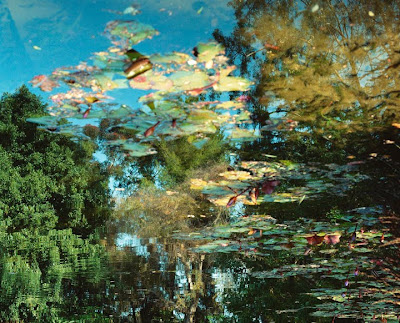 How would you describe your current practice, and what inspires the style and substance of your recent work?

My recent photographs draw attention to events and processes that are specific to my immediate surroundings—from Robert Kennedy’s assassination at the Ambassador Hotel to the Norton Simon Museum’s dioramic copy of Monet’s garden. With a camera, I can frame a historical process in the present tense, and, in this manner, activate a deliberate series of inquiries. In Los Angeles, where localized histories frequently slip through the cracks of social consciousness, I excavate a surface that is inscribed with historical process in order to highlight its contemporaneous social bearing. 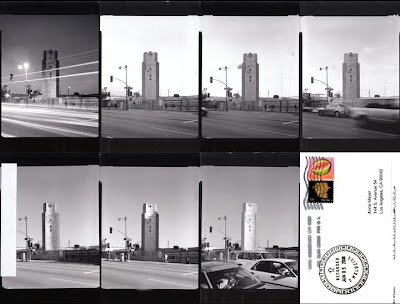 Which fine artists are you most looking forward to exploring in class, and why?

Recently, I’ve been looking closely at photographic works by Zoe Strauss and Ai Weiwei. Over the past year, Strauss has been documenting the effects of the “Deep Water Horizon” oil spill in the Gulf of Mexico. I am interested in the project because it does the work of conventional photojournalism, but under a different guise. Strauss is a reporter, a muckraker, and an artist all wrapped into one. Similarly, in 2008 Weiwei photographed the effects of the Sichuan earthquakes weeks before the Beijing Olympics. Where the Chinese government released only a limited selection of images from the disaster, Weiwei answered with a vast photographic archive, organized and disseminated from his own website.

In recent years, much attention has been given the “Pictures” generation of American artists—both in the museum and in art writing. I am, ultimately, suspicious of the way this work has been received by important art institutions and neatly historicized. Nonetheless, I look forward to looking at some of their most canonical works, and discussing its impact on subsequent developments in contemporary art and photography. 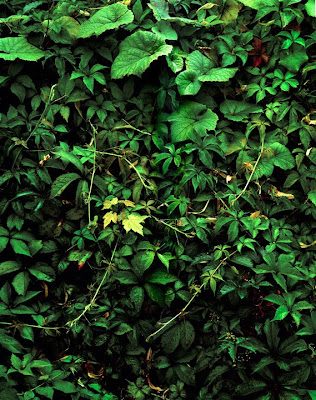 What do you find rewarding or interesting about fine art photography (that maybe you don’t experience as much doing commercial work)?

Photography has been in existent for less than two hundred years, and has enjoyed its status as “fine art” for far less time than that. However, in its short history, photography has undeniably seen radical shifts in technology and form, as well as its perception within art history, and in contemporary art.

Currently, there are many artists that use photography, but do not call themselves “photographers.” These artists, in many instances, are making more compelling, dynamic works than the ones that do call themselves “photographers.” This brings to light the fact that many contemporary artists work through traditional media loosely and fluidly in a way that emphasizes the idea rather than the form, and it reiterates the notion that anyone, including artists, can take a picture and use it toward a specific, meaningful end. 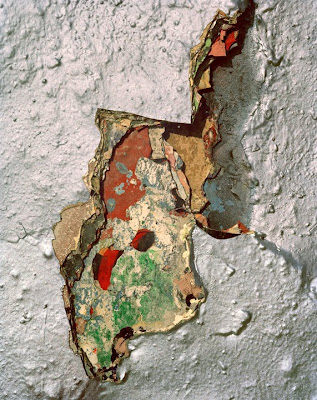 What do you hope students leave the class having learned or experienced?

I want students to use my class to develop their portfolios, or specific bodies of photographic work. Additionally, I want to encourage students to develop a way of talking and writing about their photographs. I am positive that in class critique will afford the opportunity for students to discuss their thoughts and receive critical feedback. In two lab sessions, I will emphasize shooting, editing, in addition to workflow management. Students should leave my class with an active awareness of art, theory, and history. Most importantly, however, under my mentorship they will foster skills and habits that will allow them to be more apt in constructing strong, nuanced bodies of work. 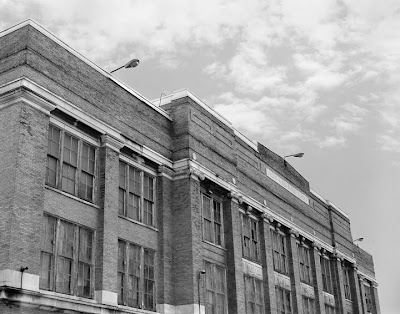 
Posted by Cristina Markarian at 2:07 PM No comments:

6:55 - 7:15 Overview of up-coming event: Adobe MAX http://max.adobe.com/ (All attendees will receive our secret code for a discount to the event!)

The place closes at 9pm, so we'll need to finish the meeting at 8:30 pm. If any one is interested more discussion and networking afterward, we can meet at The Coffee Bean on Wilshire and 6th.

This is a free event! Please RSVP at the Adobe Illustrator User's Group Facebook page:
http://www.facebook.com/event.php?eid=263464663679085

There is free parking in the MacMall private lot behind the building!

Posted by Cristina Markarian at 11:09 AM No comments: 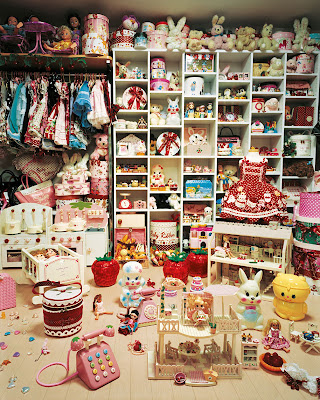 Photographer James Mollison has a fascinating series called Where Children Sleep. Images of childhood bedrooms are set alongside portraits of their inhabitants. The bedrooms are a powerful expression of the child's personality combined with cultural and economic influences. 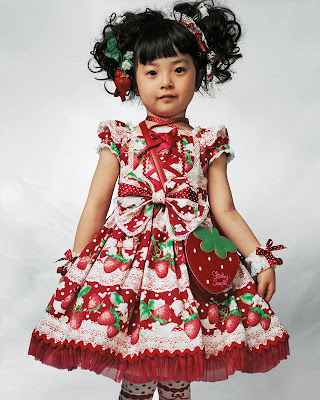 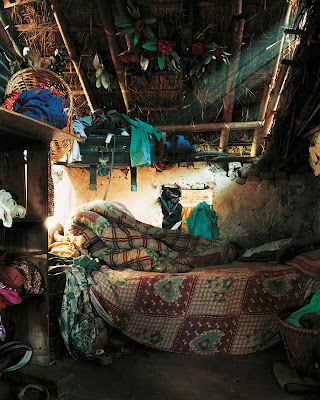 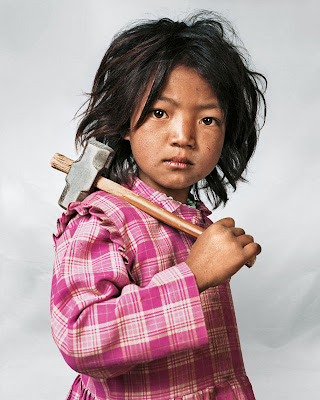 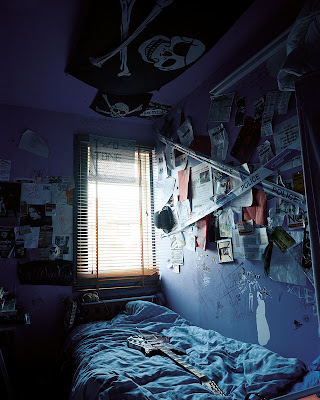 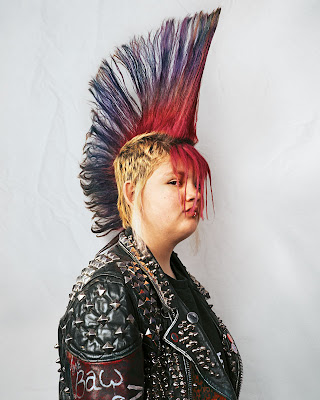 Posted by Cristina Markarian at 9:24 AM No comments: 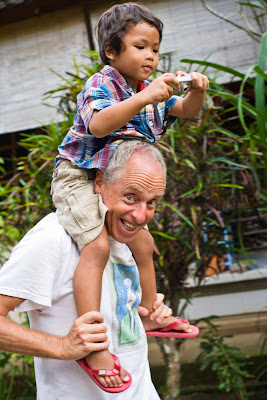 Major kudos and congratulations to instructor George Simian, who is included in PDN Magazine's reader survey of the Best Photo Workshop Instructors.

George has been teaching with UCLA Extension for years and has been instrumental in shaping the program, especially the fairly-new certificate in photography. The article mentions intermediate and advanced lighting, but he also teaches Portraiture and one-day courses (when he's not jetting off to lead photo workshops in Bali).

We always knew he was a gem, but now it's in writing!

Posted by Cristina Markarian at 9:08 AM No comments: