Another winter class that wrapped up last month was Master Photographer Series with Roxann Arwen Mills: Developing Personal Vision. The students produced some wonderful work, so I wanted to include a bit of it here.

Featured below is the work of student Louis Davidson, who has also provided some commentary which appears below the images. You can view more of his work at www.davidsondigital.net.

"This piece is a triptych (three photographic images intended to be shown together). They were prepared in response to our first assignment, which was to take photographs in a crowd without using the camera’s viewfinder. When capturing the images I slowed down the shutter so as to create a bit of blurring and sense of motion. Without actually seeing a full person, the viewer senses the activity and sense of purpose as people stride along busy urban sidewalks." 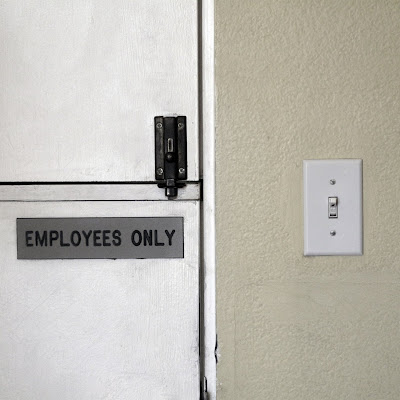 "This is one image from an assignment to create a digital diary of photographs. My diary showed images of scenes plucked from my everyday routine. This particular image shows a door and light switch at an office that I frequent almost daily. The photo’s layout may be likened to that of a Mondrian painting. There are approximately a dozen photos in the series, illustrating scenes from my daily life as well as the compositional and aesthetic interest of the commonplace things that surround us." 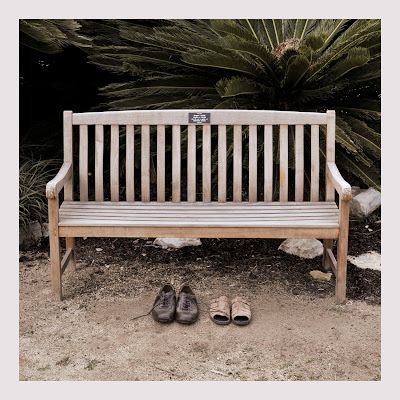 "This was part of a series of 10 photos. The assignment was to take photographs at the South Coast Botanic Garden. Rather than taking the expected photos of plants and landscape I thought it would be interesting to make a series of photos which create a story, “Love Blooms at the Botanic Garden”. The image above shows the beginning of the encounter between boy and girl. The one below shows the end of the story. The entire love story can be seen on my web site." 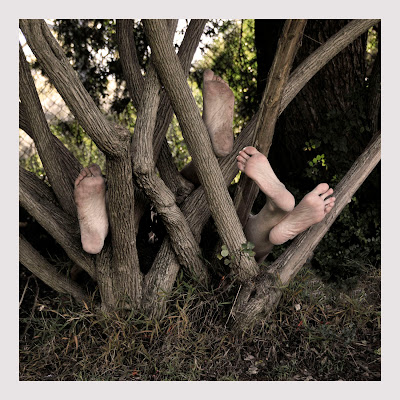 Posted by Cristina Markarian at 9:14 AM