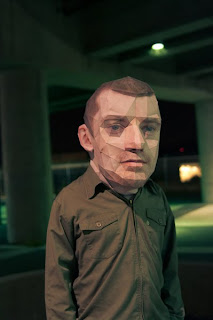 For Halloween, 3-D artist and videogame designer Eric Testroete created a papercraft blow-up of his own head, and wore it over his regular head.

This strikes me as one of the eerier things I have ever seen. On his website, Eric says that he "really wanted to get the faceted geosphere look with wireframe."

Yes indeed! Apparently he was also inspired by "big head mode" in videogames, which is a secret thing that you unlock, and then all the characters' heads get blown up 150%. What?

I recommend checking out the whole set of photos, but here are some images of Eric's unholy costume, and the steps he took to create it.

Way to go Eric! David Lynch is ready for your close-up. 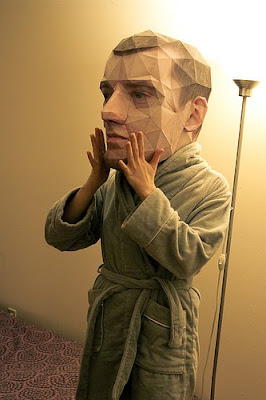 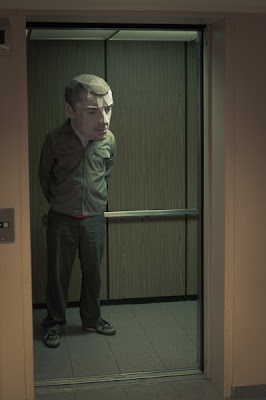 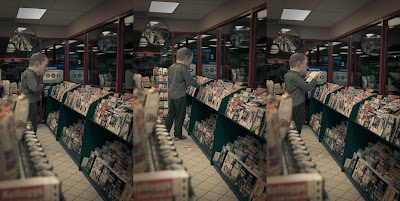 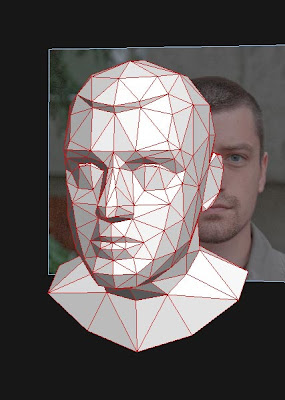 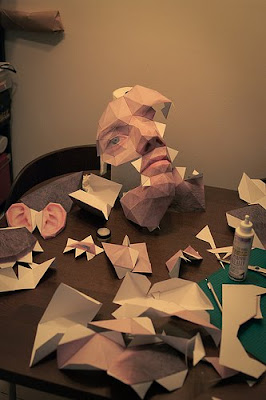 Via Laughingsquid
Posted by Cristina Markarian at 9:35 AM

This is creepy! There was something similar to this on the last season of Six Feet Under, only not as creepy.